In November 1978, the Scala was continuing its successful run of Word is Out. Barely a decade since the partial decriminalization of homosexuality, it was the first feature-length documentary by lesbian and gay filmmakers to face down stereotypes, presenting a range of people speaking in their own voices. The reviews were terrific and the film crossed over to attract a wider audience at a time when the issue of gay rights was gaining momentum. 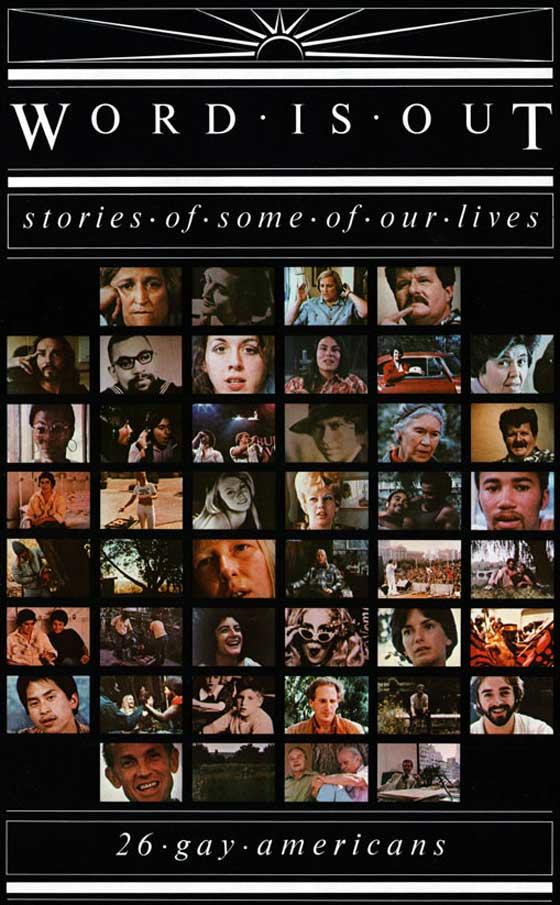 A knock-on effect of the success of Word is Out was the increased repertory programming of gay films, and the beginning of regular gay events at the Scala including the start of a series of special benefit screenings for the National Council of Civil Liberties with a Gay Critics’ Choice of film every month. First up was Larry Cohen’s The Private Files of J. Edgar Hoover with an introduction and discussion by the gay Marxist film critic Andrew Britton (1952-1994).

In February 1982, the Scala presented the season ‘7 Days of Sci-Fi’ which opened with a preview of Richard Franklin’s controversial Ozploitation movie Patrick and concluded with Devil Girl from Mars, a rare example of Scottish sci-fi in which a female alien cloaked in black PVC abducts a young hunk to repopulate her planet. There was a tribute to Jack Arnold (1916-1992) and an edition of ‘The Fantastic Sci-Fi Super-Fast Film Festival’ combining clips, trailers, bloopers, animations and spoofs into one highly entertaining primer. Ridley Scott’s Alien was paired with Robert Wise’s The Day the Earth Stood Still, and Joe Dante’s The Howling with Larry Cohen’s Demon, aka God Told Me To, sold as “a delirious mix of s-f, pseudo religious fantasy and horror detective thriller”. 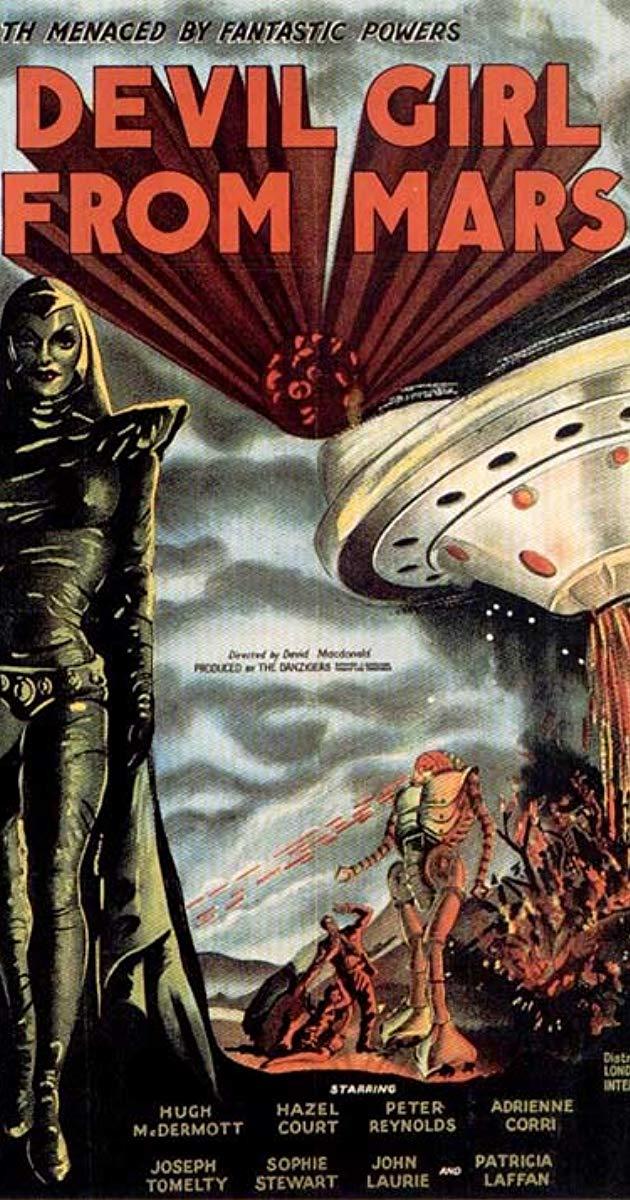 To complement the recent release of arthouse smash hit Paris, Texas, the Scala showed a Wim Wenders retrospective every Thursday throughout September 1984. In the same month and by stark contrast, the (almost) complete works of Larry Cohen could be fitted into one sitting which the Scala entitled ‘World of Gods & Monsters’. Dial Rat for Terror, aka Bone; Godfather of Harlem, aka Black Caesar; It’s Alive; Demon; The Private Files of J. Edgar Hoover; It Lives Again; and Q - the Winged Serpent played from 2pm-2am one Saturday. The Scala programme noted the unavailability of Hell Up in Harlem, which it had previously shown in April 1982.

A “chaotic, surreal and very subversive” satire on consumerism featuring a killer substance harvested and marketed as dessert, The Stuff previewed in the annual New Year’s Day Horror Festival in 1986, alongside Dan O’Bannon’s The Return of the Living Dead and Fright Night. The Stuff returned to support a first run of Stuart Gordon’s From Beyond in June 1987. 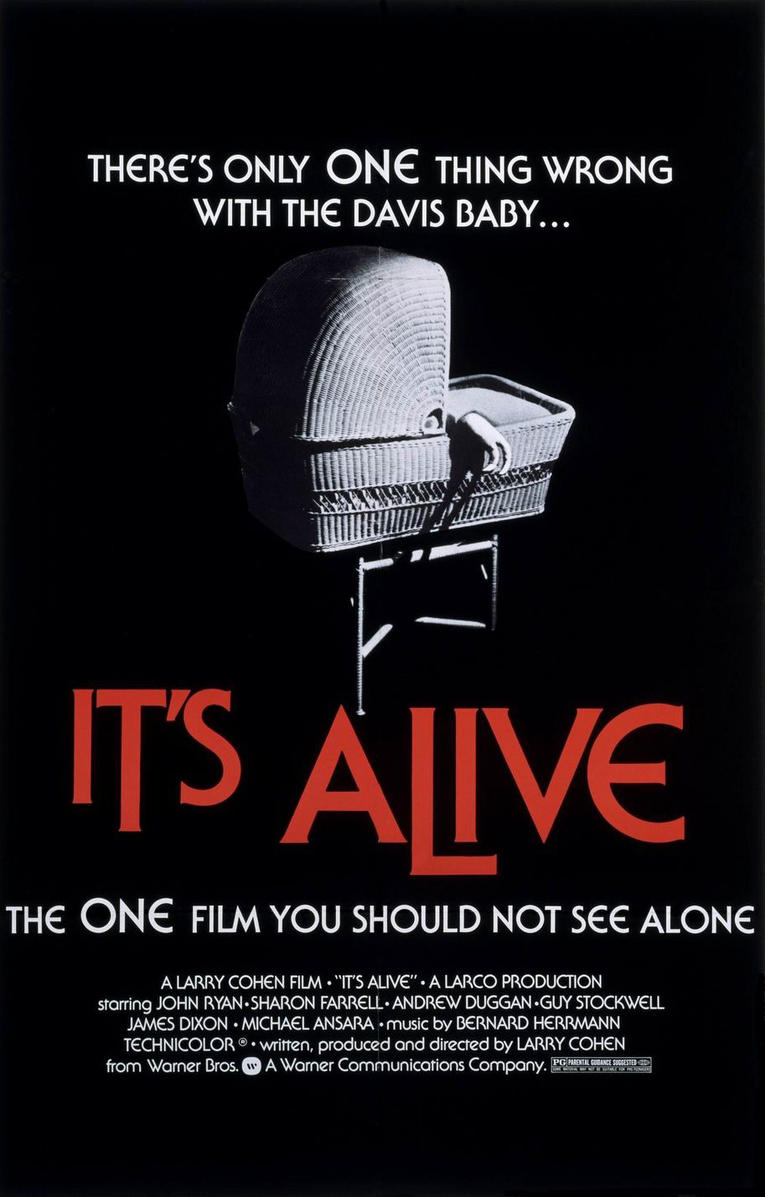 But the Larry Cohen film which played most often at the Scala was It’s Alive (Thu 25 July, 23:00). It first showed in a double-bill with Brian de Palma’s Blood Sisters in June 1979 and thereafter became a staple of Saturday All-Nighters. Screening five films in a row from 11.30pm–7am, the Scala All-Nighters were an initiation, an endurance test and ultimately a badge of honour. They bred the marathon All-Day/All-Night shows ‘I Was a 50’s Celluloid Zombie’ (Sept 1982), which showed sixteen Z-grade American ‘50s movies back-to-back; Video Nasties (March, May and Oct 1984); ‘A Fistful of Gore’ Italian spaghetti splatter films (Feb 1985); Kim Newman’s Nightmare Movies (May 1985 and Dec 1988) and ten horror movies a propos of nothing in July 1985. In turn the All-Day/All-Night marathons spawned the horror festivals of the late ‘80s-early ‘90s, the greatest of which was ‘Shock Around the Clock’ (which a decade later became Frightfest). Written by Larry Cohen and starring Bruce Campbell, William Lustig’s Maniac Cop was the surprise film of the 1988 edition of Shock Around the Clock. Maniac Cop 2 was added to the Scala roster in September 1991. 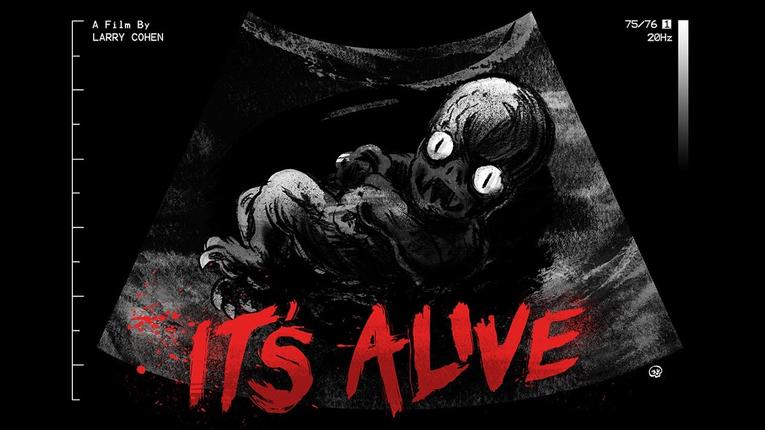 Over the years, It’s Alive was accompanied by all sorts of horrors, including its sequel, It Lives Again. But because it was primarily an All-Night title there was never a review of It’s Alive printed on the back of the Scala programme. Perhaps it was just as well that audiences were given no clues other than the image of a monstrous, fanged baby and the name of the director himself.

It's Alive Please note: This was screened in July 2019 A late night screening of B movie director, writer and producer Larry Cohen’s best known works featuring a mutant baby, a score by Bernard Herrmann, and special effects and make up from Rick Baker.  Find out more Scala Rediscovered Please note: This event took place in July 2019 Post-punk and pre-digital, the Scala was London’s most infamous repertory cinema. Join author, film exhibitor (and previous programme manager for The Scala) Jane Giles in conversation with Watershed Cinema Curator Mark Cosgrove for a discussion on the Scala's influence.  Find out more Scala Rediscovered Season A celebration of the Scala, London's most famous repertory cinema, which showed double-bills of classics, cult movies, horror, animation, LGBT+ and experimental films.  Find out more Cinema Rediscovered 2019 Thu 25 - Sun 28 July 2019 Join us for the fourth edition of Cinema Rediscovered – a chance to discover some of the finest new digital restorations, contemporary classics and film print rarities from across the globe where they were meant to be experienced – on the big screen.  Find out more