Queer Vision Film Festival (Fri 24 June - Sun 10 July), presented by Bristol Pride is bigger than ever this year - continuing to bring you a diverse programme of new release LGBT+ films from around the globe, including independently-made features and award-winning short films. There’ll be tears of joy and heartbreak, conversations started, DJs, dancing and empowerment.

The Festival kicks off with a special, one-night only screening of George Michael Freedom Uncut, on Sat 25 June at 20:00 on what would have been his 59th birthday, before a DJ set and party (complete with beard bar!) in the Café & Bar hosted by Queer Vision's Jo Kimber and Rebecca Ballard.

Join Harriet from Trans Creative Meet Up following screenings of the incredible Death and Bowling and Iris Trans shorts in the Café & Bar on Wed 6 July for a post-screening discussion.

On Sun 3 July we'll be celebrating filmmaker, artist and writer Miranda July with a screening of the brilliantly quirky, Kajillionaire - the screening will be preceded by an equally quirky performance by Roseanna Anderson (Impermanence), in homage to July’s choreographic style in the film.

Finally, Queer Vision have teamed up with Encounters and BFI Film Academy South West, to present Queer Joy 2022 on Thu 7 July, a programme that has been produced by young LGBT+ talent, which incorporates music, performance and plenty of glitter.

These are just a few of the highlights of this year's Queer Vision Film Festival Programme - be sure to check out the whole programme.

Bristol Pride Festival runs from Sat 25 June – Sun 10 July with events across Bristol to celebrate and champion diversity and equality.

Visit bristolpride.co.uk for more information about all the programmed events including Queer Vision.

This year's Queer Vision Film Festival is supported by BFI, with funds from the National Lottery. 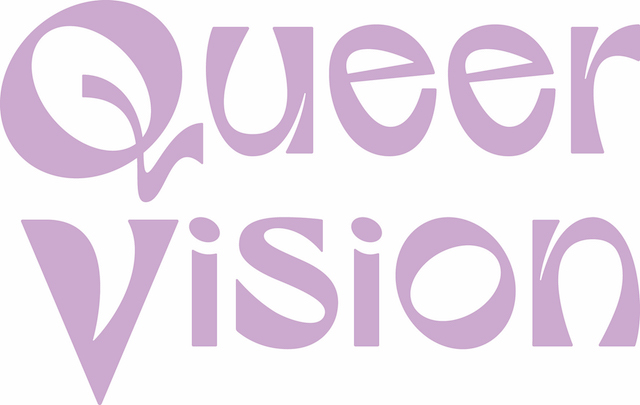 Queer Vision
Read More
Please note: This was screened in July 2022
Film
For this Pride Month, Encounters will be celebrating the moments of joy that members of the LGBTQI+ community are often denied on and off screen.
Read More Encounters Presents: Queer Joy

classified 18 (CTBA) Queer Vision
Read More
Watch Trailer Death and Bowling
Please note: This was screened in July 2022
Film
A transgender actor struggles with what it means to be seen after the beloved captain of his lesbian bowling league dies and a mysterious stranger shows up at the funeral.
Read More Death and Bowling

classified 12A Queer Vision
Read More
Watch Trailer Kajillionaire
Please note: This was screened in July 2022
Film
The story of con-artists who have spent 26 years training their only daughter, Old Dolio (Evan Rachel Wood) to swindle, scam, and steal at every opportunity.
Read More Kajillionaire

classified 15 S Queer Vision
Read More
Watch Trailer Girls Girls Girls
Please note: This was screened in July 2022
Film
This sassy Sundance-winning coming-of-age drama follows the lives of three girls on the cusp of womanhood trying to figure out where their lives will lead them next and how to navigate the world of love.
Read More Girls Girls Girls

classified 12A Queer Vision
Read More
Please note: This was screened in June 2022
Film
Two childhood friends are reunited as adults in 1920s New York, with one of them now 'passing' as white.
Read More Passing

Queer Vision
Read More
Please note: This event took place in June 2022
Event
Join us at the 18:00 screening of Swan Song on Mon 27 June which will feature Descriptive Subtitles. This will be followed at 19:45 by a post screening discussion in the Café & Bar with Daryn.
Read More Deaf Conversations about Cinema: Swan Song

classified 12A Queer Vision
Read More
Watch Trailer Swan Song
Please note: This was screened in June 2022
Film
A flamboyant hairdresser escapes his nursing home and embarks across his small town to style a dead woman's hair for her funeral, confronting the ghosts of his past and rediscovering his sparkle along the way.
Read More Swan Song