Celebrating women and reclaiming the canon

Following 2017's public acknowledgements of sexism, misogyny and systemic abuse in the film industry, #MeToo and #TimesUp activism had widespread effect, priming 2018 for the rediscovery and reclamation of film history. Though women have, of course, been making fantastic films since the early days of film history, their names and achievements have often been excluded from the canon and ignored by the popular historical narrative. And, even though many of us have been working towards an intersectional approach to both industry ethics and cinema programming for a long time, it does feels as though this was a year when a wider plurality of voices were listened to, giving us a great opportunity to shine a long deserved and bright light on several extraordinary women and non-binary filmmakers. We took so much pleasure in bringing you the films of Agnès Varda, Leslie Harris, Madeline Anderson, Ester-Martin Bergsmark, Margaret Tait, Laura Mulvey, Rachel Maclean and so many others. 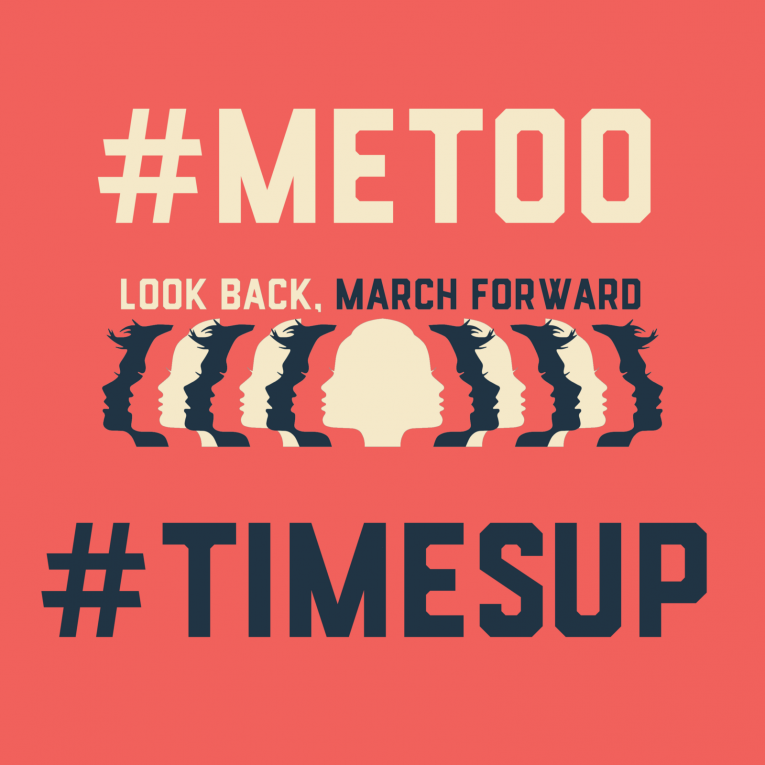 During Cinema Rediscovered we put the focus on Women on the Periphery, and continued to tell the story of women whose filmmaking was not historically given centre stage over the summer and well into the autumn, especially in our collaborations with Club des Femmes and the Independent Cinema Office, which enabled us to bring the Revolt, She Said: Women and Cinema After '68 and The Personal is Political: The Films of Margarethe von Trotta back to the big screen. We're pleased to say that we'll be continuing this work in 2019 with plans already in works for redressing the historical imbalance by looking at women filmmakers whose talent and dedication has paved the way for our contemporary screen industry to thrive.

Fifty years after the famous May '68 protests and it seems as though we've barely taken a breath from political activism, and yet there's still so much ground to cover. New releases Redoubtable and The Young Karl Marx hit the big screen and reminded us that even when it's at its most entertaining, cinema is an art that can brilliantly, searingly and politically reflect life. We saw protests continue to rage both onscreen and in the real world as we looked back at the true life story of Rosa Luxemburg, through the genred eyes of a political thriller with The Lost Honour of Katharina Blum and with both "Angry Young Men" and an intersectional examination of the rebellion of British Working Class Heroes. 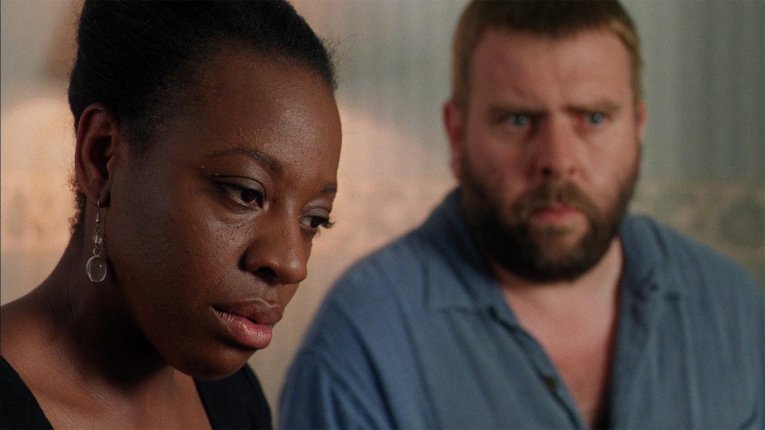 Pictured Above: Secrets and Lies.

Continuing the theme with Worker's Unite!, we screened the full 12 hours of Rainer Werner Fassbinder's Eight Hours Don't Make a Day, while just outside of Bristol in a neighbouring seaside town, at Curzon Cinema & Arts in Clevedon, we saw a strong attendance for Bill Douglas' extraordinary epic feature, Comrades as part of Cinema Rediscovered. Determined to continue to the conversation well after our summer and autumn seasons, we've brought the early works of another British legend, Terence Davies (Sun 2 - Sun 23 Dec), back to the big screen. Both Douglas and Davies were incredibly passionate and started their careers with a trilogy of autobiographical short films, exploring form and social conscience with aplomb.

Fast forward to the present day and Boots Riley has shown us all that labour politics is still a concern for the future. His bombastic satire, Sorry to Bother You (Fri 7 - Thu 20 Dec), highlights just how horribly wrong things can go when you try to climb the hierarchy of systemic exploitation. An extreme imagining of a dystopian near future, peppered with angry art and individual interest, this is one big screen explosion of social conscience not to be missed. 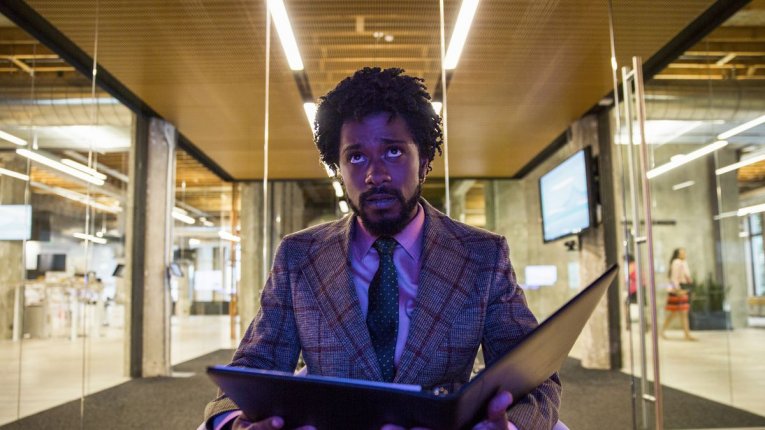 Pictured Above: Sorry to Bother You.

As office hours wind down for the holidays, we also take a look at the comedy genius of 9-5 (Fri 14 - Sun 16 Dec). Picking up where Laura Mulvey left off with her questions around domestic labour and its relationship to hetero-patriarchal capitalist structures in Riddles of the Sphinx, the power of collective leadership collides with the corporate world in hijinks and hilarity as Dolly Parton, Jane Fonda and Lily Tomlin take the proverbial bull by the horns. Inspired by her friend Karen Nussbaum, the founder of 9to5, an organisation advocating for women, Jane Fonda also met with the national association for office workers in Cleveland to get real life women to tell their stories. What's most amazing about the film is that it actually then went on to inspire the SEIU union to help women office workers in North America.

This year has seen some of the greatest conversations take place in and around the cinema precisely because 2018 has been a year of films that challenge the status quo. Several new releases showed us that film language is still evolving as they defied classic categorisations of 'documentary' or 'fiction'. Liminal spaces and elastic thinking has been a recurring theme in not-quite-docu-dramas from Bart Layton's American Animals, to May Miles Thomas' British Independent Film Awards' Discovery award-winner Voyageuse, Chloe Zhao's The Rider and Adina Pintilie's Touch Me Not. Each of these incredible works pushed the limits of what we think we know about film form and storytelling. Employing techniques from both schools of filmmaking, and absolutely rocking the screen with their own, these films all impressed upon us just how sublimely close to reality artistic reflection can be. 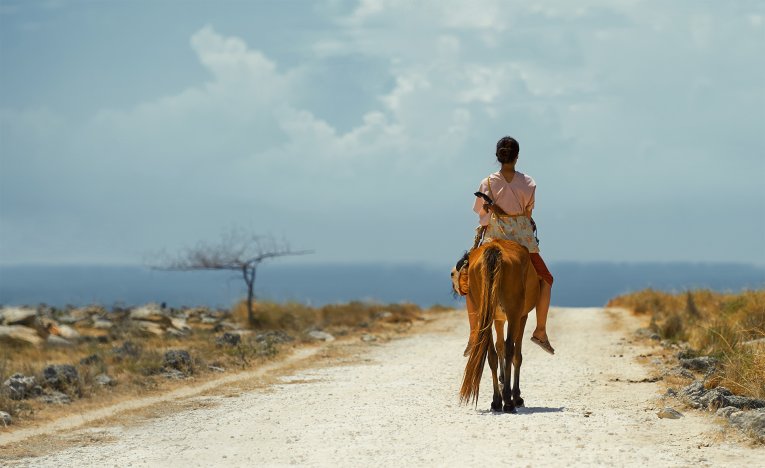 Pictured Above: Marlina the Murderer in Four Acts.

As only the fourth Indonesian film to receive a theatrical release in the UK (and two of the four are The Raid and The Raid 2), Marlina the Murderer in Four Acts was the so-called 'samurai western' feminists have been waiting for ever since Sam Pekinpah had someone bring him the head of Alfredo Garcia. Toxic masculinity also came under the microscope in Valeska Griesbach's simmering, epic journey of manifest destiny, Western. Finally, Australian history was taken to task via adapted genre tropes as Warwick Thornton took no prisoners in his stunning portrayal of colonial Australia as a site and frontier for bloody trauma.

This was a powerful year for re-telling popular stories, rewriting genre tropes, redressing the imbalance, revising the canon and, hopefully, moving the conversation on. This list is by no means exhaustive and we encourage you to dig deeper over the holidays by dipping into our monthly podcasts and articles, focusing on these and other issues that 2018 brought to the fore.

As we reset for another great year of film in 2019, I'd love to hear your thoughts on the year that was. If you have time, please drop me a line: tara.j@watershed.co.uk

9 to 5 Please note: This was screened in Dec 2018 In this classic feminist comedy that was decades ahead of its time, Jane Fonda, Lily Tomlin and Dolly Parton star as three women who, sick of their egotistical, sexist manager, seek to change their all-female workplace for good.  Find out more Sorry to Bother You Please note: This was screened in Dec 2018 Musician and activist Boots Riley makes an incredible debut with this breathlessly inventive and funny fantastical satire about a black telemarketer who uses his 'white voice' to get a promotion in a horrible corporation.  Find out more Remembrance of Things Past: The Films of Terence Davies Season A mini retrospective of the work of director Terence Davies plus an illustrated talk.  Find out more Conversations about Cinema We think cinema is the start of a conversation. Talking to you at our Box Office, in the Café & Bar, before and after the films, online on social media, and reading your comments on our noticeboard deeply enriches the way we all understand the films we’re watching.  Find out more