Much like the titular sphinx, film history is a riddle we are forever trying to solve. Rediscovered, restored and reissued with great care, we now have the opportunity to revisit an inordinate number of so-called classics and hidden gems from the wealth of cinema's heady past.

Over the summer, with our Women on the Periphery focus at Cinema Rediscovered, our Revolt, She Said: Women and Cinema After '68 screenings of Laura Mulvey and Peter Wollen's Riddles of the Sphinx, Věra Chitylová's Daisies and Chantal Akerman's Saute ma Ville, Ula Stöckl's The Cat Has Nine Lives and Gunvor Nelson's My Name is Oona, as well as our Gleaning Truths: Agnés Varda season, an entire tapestry of women's filmmaking has woven its way onto our cinema screens from once bare threads.

Following our screening of Riddles of the Sphinx, writer and activist So Mayer chaired a panel discussion where programmers, writers and filmmakers explored Mulvey and Wollen's work as "both a film and a political statement".

The idea has always been that Laura Mulvey is a theorist, primarily a theorist and not a filmmaker, and I guess that’s how, for me, initially I approach the film. When I came to it as a film student, having encountered [her essay] 'Visual Pleasure and Narrative Cinema' I thought, okay, Riddles of the Sphinx is going to be a quite dense, a politically and theoretically dense film, and what’s surprising is that it isn’t. It has that accessibility. I find it striking how accessible it is, but surprising how absent it is from the histories.

The oversight of Mulvey's filmmaking talents in relative disproportion to her essayistic fame is, indeed, astounding. The piece Knowles mentions, Visual Pleasure and Narrative Cinema, is now the most cited essay in the Arts and Humanities in the English language. Famous for theorising the now popular way in which we talk about the 'male gaze' in film, Mulvey used film itself to further wrestle with the idea and to visually imagine its alternative.

Photographer and filmmaker Esther May Campbell spoke to the film's sophisticated and understanding use of form - cinematography and editing - to communicate narrative;

Taking the one-directional gaze of film history, then, and literally moving it to offer a 360 degree view, Mulvey brought circularity and a dizzying new vision of fragmentation to the fore. How do we construct meaning if we don't have the whole view as Campbell suggests we can, and what sort of meaningful construction can we make from all of the glimpses we get of what's in between? Knowles explained how this might give us a view of storytelling itself;

She’s looking for ways to express circularity or repetition, and that motif of the 360 degree pan, and the historical circularity and the circularity of stories being told and retold, and myth and you talking about history and the way that history has a habit of repeating itself in not a very nice way. . . I think the central motif of the film is the displaced gaze, the mobile gaze, and that’s what Mulvey’s interested in, in the end, displacing the I [/eye], the subject. For me, what’s at the centre of the film is a sense of inbetweenness.

If the male-dominated narrative of film history has ignored women filmmakers like Mulvey, then glimpsing those inbetween spaces, as a potential visual frustration for us as an audience is all the more poignant. As journalist and programmer Lorena Pino Montilla explained, the many art forms Mulvey and Wollen use to tell their story is yet another way of cooking up images the cyclical nature of women's labour;

We see all the different elements; poetry, acrobats, everything, it's like - I remember a teacher mentioning in lectures, that making a film is like cooking a recipe, you adding a little bit of this, of salt and condiments, specific measures, you’re mixing and you have a specific taste, you have little bits of different things, very analysed, a very theoretical base, to be combined - this poetry, these images, the sound. Because it’s very specifically designed for this it's going to make this final result and the final motherhood: an eternal thing, a cycle of life, really.

The disparate nature of the references Mulvey and Wollen make, as Mayer pointed out, are also what make Riddles an integral and uniting work;

One of the really powerful things the film does is it brings together its own gang . . . the quote by Gertrude Stein, the experimental score by Mike Ratledge, the references to Greek myths, but also the acrobatic performances at the end. It’s a bit like the Watershed, in a way: it brings together all these different art forms.

What each of those different art forms has brought to our screens is a breadth and depth of female voices, spanning decades and aesthetics. From Mulvey we moved to Chitylová, Akerman, Stöckl and Varda - four more voices who have been historically ignored. 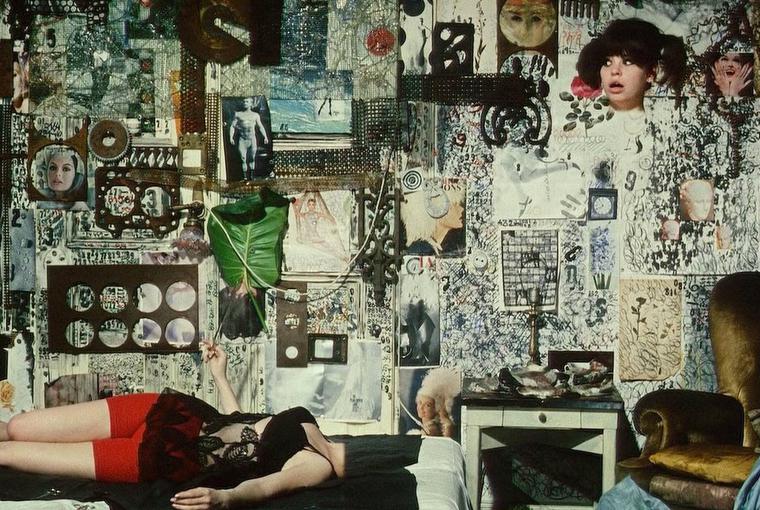 Věra Chitylová was one of the most significant filmmakers of the former Czechoslovakia and an integral founding member of the Czech New Wave (also known as the Czech Film Miracle), which, roughly speaking, spanned 1963 to 1968, coming to an end when the Soviet invasion literally rolled in with tanks to squash the Prague Spring. Akerman, who struggled with depression for most of her life and committed suicide, Stöckl, who made the so-called first feminist film of post-war Germany and Varda, whose 1955 film La Pointe Courte is credited as being the forerunner for La Nouvelle Vague (French New Wave), are all women who have only recently started to receive the filmmaking dues they deserve.

Finally nominated for an Academy Award for her new documentary, co-directed with photographer and artist JR, Varda's Faces Places (Fri 21 - Thu 27 Sept) brings our retrospective gaze into film history full circle, giving us a 360 degree view of the riddle. Having circularity and inbetweenness highlighted, we can move past the myth that film history is only about great male auteurs. Looking both forwards and back, there are so many more women filmmakers for us still to explore - and if you want to know more about the amazing Agnès Varda, you can watch my illustrated talk (in a potato suit!) below.

From the personal as political films one of the leaders of the German New Cinema movement, Margarethe von Trotta, whose work will pick up where Ula Stöckl's Cat left off, to the savage satire of Scottish multi-media artist, Rachel Maclean, who will join us in person for a Q&A following a special screening of her hypercolour, high concept dystopian comedy about female body image and consumerism, Make Me Up (Thu 25 Oct, 18:00), one thing for sure is that we're in for a crisp and colourful Autumnal change. 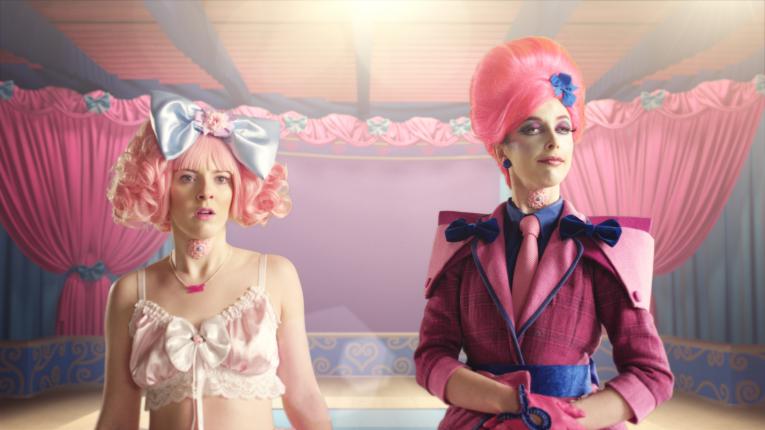 Faces Places Please note: This was screened in Sept 2018 Iconic filmmaker Agnès Varda teams up with street artist and photographer JR as they embark on a road trip like no other to examine what it takes to make a meaningful piece of art.  Find out more Make Me Up + Director Q&A Please note: This was screened in Oct 2018 This darkly-comic film by multimedia artist Rachel Maclean takes a satirical look at how television and social media can be fun and expressive spaces to explore identity, but simultaneously a gilded prison that encourages women to conform to strict beauty ideals.  Find out more Conversations about Cinema We think cinema is the start of a conversation. Talking to you at our Box Office, in the Café & Bar, before and after the films, online on social media, and reading your comments on our noticeboard deeply enriches the way we all understand the films we’re watching.  Find out more

Get your free Watershed Loyalty Card

Your Watershed Loyalty Card means that just by sitting back and relaxing in the cinema, you can earn points towards free films. More