Watershed is open - EVERYONE is welcome 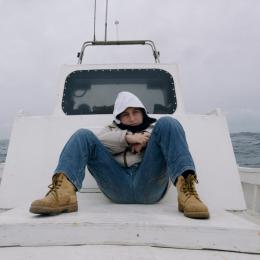 Watershed’s purpose is to promote diversity and WORLD cultures. We celebrate this diversity of cultures at home and abroad, building engagement and understanding to create a more open and collaborative city.

Rediscover the joy of cinema at Watershed

There is just over a week left until we announce this year's winner of the Playable City Award. The shortlist has received a tremendous amount of attention and the growing excitement is palpable - and it's not too late for you to add your thoughts, questions and comments on the projects, one of which will come to Bristol later in the year. With this in mind we'd like to share some reflections from young journalist Emma Morsi, who joined us as part of the shortlisting panel.

At Watershed, we collaborate with young people in order to learn from them, promote their voice and to offer them opportunities to gain professional experience. Emma brought a fresh perspective to our shortlisting discussions and it was a great pleasure to be able to invite her to contribute.

Here's Emma on what the Playable City Award means to her:

For the second year running Watershed's Playable City Award continues to challenge artists and creatives to explore culture, art, and technology. Through the £30,000 award, that will tour internationally in 2015 after its Bristol debut in 2014, it aims to engage urban public spaces as playable, malleable and idiosyncratic. I've had the pleasure to be part of the short-listing process as one of Watershed's Young Journalists, which has been an amazing opportunity to be exposed to an array of ideas that are refreshing in their levels of creativity and passion.

It feels like only yesterday, although it most certainly is not, that I was yet again writing as a Young Journalist for the No Boundaries conference at Watershed in February. Dr Benjamin Barber's talk at the conference, which I referred to as a godsend in For the Love of All Things Without Boundaries, discussed the wonders of democracy as 'a way of life, a way of living that takes into account our diversity and encourages our collaboration and imagination'. It struck me that we must inspire, support, nourish, develop and maintain our public spaces and remember they are for the people by the people, not by ourselves for ourselves.

Because despite all of this 'cities oddly, though made up of communities, are all about private space' and even though 'communities can't thrive without public spaces they are defined by private space'. It's this insidious war on public spaces over the thirty or forty years of market commercialisation and privatisation of public space that needs to be addressed. We need to acknowledge that we're currently not allowing 'enough public space to do the public work culture needs' and I believe this is what makes the Playable City Award a godsend, also.

With Bristol increasingly becoming an emblematic city for the aggrandisement of the arts, it's only fitting that the projects on offer each have unique qualities of their own that utilise the public spaces in such a way that give magnified meaning to the surrounding architecture, sculptures and everyday environment. The true beauty of a lot of the projects is also how they manage to capture meaning beyond our normal perceptions. Better yet, the way it challenges civilians, us, to reconsider our perceptions of the city and essence of the community we live in - something that is standardised and forgotten all too often. As well as using some really snazzy technology as the cherry on top.

I most definitely have lost count of the amount of times I have sat in awe and wonder at the short list, continuously catching myself redefining my knowledge of the possibility and limitations of technology... because apparently there are none. If it's not making you reminiscent of all the things you would see on television as a kid but never deem accessible to yourself, it simply has you rooting for it just to confirm that it's actually possible, that dreams can come true. So Bristol, it's coming to OUR city and may be coming to a city near you too, hold tight.

Although Bristol is extremely lucky to be the very first city played with, I think the international scope the Playable City Award has in terms of artists and creatives from as far and wide as the UK to Italy, the US and New Zealand, to name a few; this is a testimony to international collaborations and how, as a collective from a shared love of the arts, culture and technology, that when we work together the possibilities become immeasurable. There really are No Boundaries, this is Where We Ought To Be.

What does It Mean To Reclaim A Space?

This week, whilst visiting The Rooms Festival, Rife Journalist Cai Burton started to think about how we should be looking after our old buildings and where the line is between gentrification and regeneration.

This week Rife Journalist Antonia Odunlami rolls out some key cultural appropriation media blunders and delves into why exactly they are problematic.